Lafayette Dentist Explains How Oral Hygiene Can Keep You Healthy 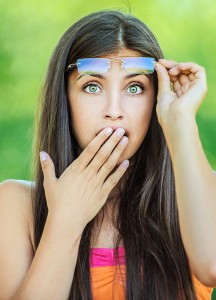 You may not be shocked to learn that keeping your mouth clean can help prevent tooth decay and other dental issues. However, you might be surprised to learn that maintaining adequate oral hygiene can help you keep the rest of your body healthy and free of disease. The concept that your mouth‘s health is linked to your physical wellbeing is not a knew one: the first known dentist, Hesi-Re, was a renowned physician in ancient Egypt, and even Hippocrates (the Greek philosopher and physician) believed that physical deterioration was linked to dental diseases. The oral-systemic connection, as this link is now called, has been exhaustively studied by researchers around the world. Within the last few decades, however, it has been increasingly supported by scientific results and evidence. As a dedicated dentist in Lafayette, Dr. Michael Young is also concerned with his patients’ wellbeing as well as their oral health. Today, we explain some of the methods by which the oral-systemic connection can affect your health.

While there are several different oral-systemic theories, each regarding a different aspect of your physical health, one common thread among the majority of them is the transfer of bacteria. At any given moment, there are over 600 different kinds of bacteria lounging around in your mouth. Not all of them are harmful, but the ones that are warrant extreme caution considering the damage they can lead to. For example, the bacterium Streptococcus mutans, which enables tooth decay by producing acid to erode your tooth enamel, is of the same bacterial family that causes strep throat (a throat infection caused by Streptococcus bacteria). A more dangerous culprit, however, is the germ associated with advanced gum disease, Porphyromonas gingivalis. By inciting your immune system’s inflammatory response, P. gingivalis accelerates the destruction of your gum tissue and supporting jawbone structure. It is also suspected as a risk factor for other chronic inflammatory diseases.

All of the research conducted regarding the oral-systemic connection has yielded varied results, but a few main discoveries have continued the spark the interest and increased the awareness of overall health care. Among those results are connections between poor oral health and the following illnesses:

To reduce the risk of poor oral health affecting your systemic health, be sure to practice good oral hygiene by brushing your teeth twice a day and flossing at least once. Brush gently, paying special attention along the gum line where plaque can accumulate and lead to gum disease. If you live in the 70508 area and would like to learn more, or if you would like to schedule an appointment with Dr. Young, call our Lafayette dentist office at (337) 237-6453.