The Evolution of Dentures, with Your Lafayette Dentist 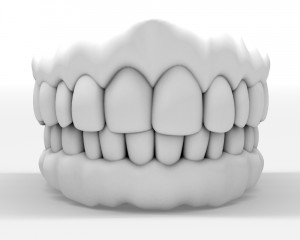 The need to replace lost teeth has been present throughout human history, and like most necessities, solutions to tooth loss have evolved significantly over the ages. Perhaps one of the most well-known dental replacement devices is dentures, which have long helped patients regain their smiles and quality of life after suffering total tooth loss on one or both dental ridges. Lafayette dentist, Dr. Michael J. Young, explores the road that led to today’s modern, dental implant-supported dentures by examining three defining milestones in the history of teeth replacement.

The Need to Replace Teeth

Some of the earliest examples of tooth replacement come from the Etruscans who populated the hills of ancient Rome. Efforts to restore lost teeth consisted of crude dentures made from animal and other human teeth. These dentures didn’t have a very long shelf life and deteriorated quickly, but in some cases, the practice lasted well into the 19th century, even in the midst of significant dental advancements. During the 16th century, the first functional denture appeared in Japan. Carved from wood, they resembled today’s upper dentures, which utilize the suction created by the concave shape of your mouth’s roof to stay in place.

While wooden teeth were highly functional compared to their counterparts, they didn’t go far in restoring a smile’s beauty. Around 1770, Alexis Duchâteau sought to change that by crafting the first set of porcelain dentures. Unfortunately, his former assistant, Nicholas Dubois de Chemant, received the credit and the first British patent for Duchâteau’s design in 1791. The following year, lifelike porcelain dentures were available to the public.

The Missing Piece to the Puzzle

While innovative dental porcelain helps dentures appear like real teeth, dentures can’t fully function like natural teeth because they lack the same sturdy foundation. In 1952, a Swedish orthopedic surgeon named Per-Ingvar Brånemark accidentally discovered the biocompatibility of titanium; specifically, its ability to facilitate bone fusing to its surface. To study blood flow in vivo, Dr. Brånemark inserted titanium chambers inside the femur of a rabbit. After months of study, Brånemark attempted to remove the chambers, only to find that the rabbit femurs had fused to the titanium. He termed the phenomenon osseointegration, and in 1965, Dr. Brånemark performed the first titanium dental implant procedure on a human volunteer.

Dentures & Other Replacement Teeth at Your Lafayette Dentist’s Office

If you’ve lost one or more teeth and would like to learn more about modern tooth replacements, or if you’d like to improve your current dentures with a series of dental implants, then schedule an appointment with your Lafayette dentist by calling Dr. Young at (337) 237-6453. Located in the 70508 area, we proudly serve patients from Lafayette and all surrounding communities.