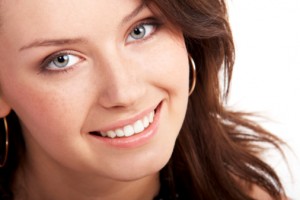 For over 150 years, silver amalgam restorations have been filling cavities in teeth. For a long time, amalgam was the only option for filling teeth. These days, composite resin fillings allow a more cosmetic approach to treating dental cavities.  However, some people look beyond aesthetics, and have concerns about the impact on environment and health from mercury (the chief ingredient in amalgam fillings). There are millions of people walking around with amalgam fillings, according to the American Dental Association (ADA). Lafayette dentist, Dr. Michael Young, offers information on the controversy surrounding amalgam-based dental fillings.

Mercury Concerns from the Past

Two French brothers invented amalgam fillings in the 1830s. After a mere decade, their product, called royal mineral succedaneum, was used in half of the dental restorations in upstate New York. You may be surprised to hear that mercury poisoning was a concern all the way back then, just like today. The American Society of Dental Surgeons (ASDS) made their members pledge an oath to ban amalgam material for dental fillings. Unfortunately, the only alternate material found to work for dental fillings at the time was gold. Most people were unable to afford gold fillings, so people risked mercury poison to overcome the toothaches which came from cavities. As more and more patients walked away from dental appointments with mouths full of amalgam, and no mercury poisoning was reported, amalgam became the un-gold standard in dental fillings.

Some people are still uncomfortable when they consider the possibility of mercury poisoning from amalgam. Since there are readily available alternatives these days, there’s no reason to get a filling from a material that you aren’t completely happy with. Another reason to think twice about amalgam is that metal expands and contracts with temperature changes. This can quite possibly lead to cracks and fractures in teeth if you drink a lot of hot and cold beverages, or live where there are extreme seasonal weather shifts. Once a tooth cracks, you open yourself up to tooth decay, and more extensive dental restoration procedures beyond fillings. Many patients opt to replace their amalgam fillings before such damage can occur.

5 Facts About Dental Implants from a Louisiana Dentist
June 24, 2022

Do you need a tooth extraction? Take this short quiz to find out.
May 5, 2022
Selecting Your Crown, And Arranging Its Placement
June 21, 2019
That Pain In Your Tooth Could Be A Symptom Of A Cavity
April 26, 2019
Improving Your Appearance And Oral Health After Tooth Loss
March 25, 2019
Go to Top